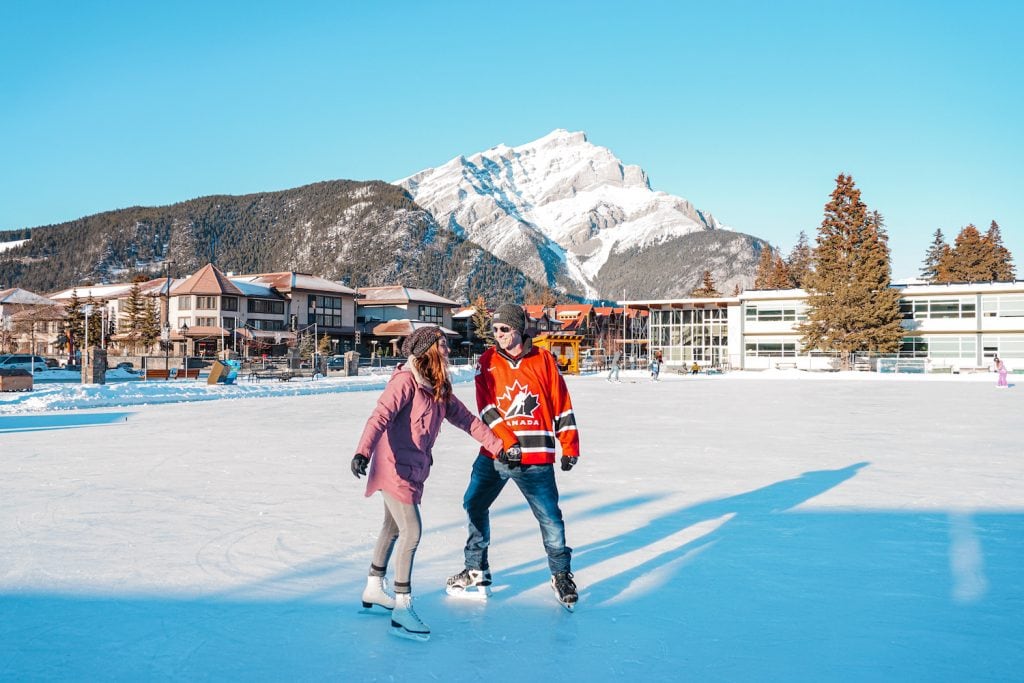 With Valentine’s Day just around the corner, many of you are likely trying to think of romantic things to do or see. February 14 in Canada is right in the middle of winter, which typically means cold weather and lots of snow. But that doesn’t mean there’s nothing to do. In fact, sparkling snow can be just what it takes to create that magically romantic winter wonderland.

You may want to sleep under the Yukon Northern Lights or admire them from the Northwest Territories. You may want to take a helicopter ride over Niagara Falls or go winter wine tasting in Niagara-on-the-Lake. Maybe you want to check out live theatre in the big city of Toronto or go for a graffiti tour in trendy Montreal.

Whatever it is, there are tons of places to go for Valentine’s day and things to do. Leave the family members behind, grab your partner and choose a Valentine’s activity from this list.

Best Things to Do on Valentine’s Day, Canada

So whether you choose to ditch the roses and chocolate altogether or bring them with you on an unforgettable adventure, here are 14 ideas for things to do on Valentine’s Day in Canada. END_OF_DOCUMENT_TOKEN_TO_BE_REPLACED

When it comes to massive world-renown pond hockey tournaments, you probably wouldn’t think of New Brunswick, little lone the small town of Plaster Rock. Yet, it’s here, in this super small town of just 1,500 people, that the world’s largest pond hockey tournament takes place each and every year. Attracting teams from all over the world, as many as 120 will compete on the small and frozen Roulston Lake, surrounded by a frosty forest.

I’m not sure how I heard about this tournament but somewhere a few years ago, I read about the World Pond Hockey Championships and have wanted to attend ever since. It’s not easy though. After all, Canada is a big country and New Brunswick is 4,222 kilometres (2,623 miles) away from my home city of Calgary, Alberta. It requires an expensive flight, a rental car, a hotel stay, and a team of five.

But in 2020, the 19th year of the World Pond Hockey Championships, I made it happen. I rallied together a team from Calgary, all of whom I didn’t even know, and flew over to New Brunswick, the only province in Canada that’s officially bi-lingual. END_OF_DOCUMENT_TOKEN_TO_BE_REPLACED

When it comes to winter festivals, there’s none better than Quebec’s winter carnival, which is one of the largest winter festivals in the world. Held annually during the month of February, the Québec Winter Carnival, or Carnaval de Québec as it’s known in French, is an annual festival that brings thousands of visitors together to celebrate the winter in Quebec. Created way back 1894, the festivities were inspired by the harsh winters as a way to create a fun celebration to warm the hearts of its citizens. The modern version of the festival started in 1955 and is now one of the biggest events of the year for French Canada. From ice sculptures to ice slides to an absolutely massive parade, it’s a great experience for kids and adults alike. END_OF_DOCUMENT_TOKEN_TO_BE_REPLACED

I can honestly say that I never imagined myself attending a business summit that celebrates advertising. I mean, technically, it’s a celebration of cult brands, but with that comes great advertising and the stars are the chief marketing officers and the creative teams that develop that ads and creative that ultimately give the brand their cult-like status. From Skittles to Spotify to the LA Lakers and much more, all are celebrated for creating a remarkable product and a brand you simply cannot forget.

And it all happens in the Banff Castle. END_OF_DOCUMENT_TOKEN_TO_BE_REPLACED

With snow covering the ground and temperatures reaching far below zero, Canada may not seem like a desirable place in the winter. But that’s truly not the case. Not only is there fewer crowds and cheaper prices, but winter is also an incredibly beautiful time to visit and Ottawa is one of the best places to do so.

Canada’s capital is a great place to visit in the winter. Not only is it a great place to experience winter activities such as skating, snowshoeing, and cross-country skiing, but it’s also very beautiful to see the frozen Rideau Canal, the snow-covered Ottawa River, and the stunning gothic-style parliament buildings surrounding by a white blanket. END_OF_DOCUMENT_TOKEN_TO_BE_REPLACED

If you’ve been following us for a while, you know how much we love Banff. Part of it is because we live so close but part of it is just because it’s so darn beautiful. Throw in some of the world’s best skiing, hiking, snowshoeing, and cross-country skiing, and it’s easy to see why we spend so much time there.

For those of you thinking of visiting Banff National Park, you might be wondering when is the best to visit. That’s a tough one to answer as it depends on a variety of factors but if you’ve already decided that winter is the best time to visit Banff, then you may also want to consider timing your visit with one of the many festivals that happen throughout the colder months.

There are quite a few festivals and events that happen, especially in late fall and early winter, including the Banff Centre Mountain Film and Book Festival, the Lake Louise Ski World Cup, the Banff Craft Beer Festival, the Banff Christmas Market, Mountaintop Christmas at the Banff Gondola, and the Santa Claus Parade. As we get later into winter, however, there’s another incredible festival that comes to Banff, bringing artists from around the world and all sorts of winter fun. It’s called Snow Days. END_OF_DOCUMENT_TOKEN_TO_BE_REPLACED

Nestled in the foothills just next to the wonderful Canadian Rockies, Calgary is an incredible place to spend the Christmas Holidays. Whether you’re looking for holiday cheer in the city or an epic ski vacation to Banff National Park, a Calgary Christmas is a wonderful place to spend your Christmas holidays. END_OF_DOCUMENT_TOKEN_TO_BE_REPLACED

Despite Christmas taking place in many warm countries around the world, it’s often marketed everywhere as a white Christmas, full of snow, Christmas lights, and various decorations. Growing up in Canada, this is how Christmas actually is. However, I found it interesting that my family-in-law living in Mexico had never seen or experienced a white Christmas and yet, all the movies and commercials they watched advertised it this way. Then, when they spent winter in Canada one year, they finally got to see a white Christmas, with lots of snow, lights, and winter activities. They even cried when a snowflake landed in their hands.

Named after Queen Victoria in 1882, Regina, which is Latin for “Queen”, is now Saskatchewan’s capital city. Although it’s not the biggest city (that would be Saskatoon), it’s the cultural and commercial centre for Southern Saskatchewan and is located right on the Trans-Canada Highway, making it the perfect stop on a Canada road trip.

Whether you’re passing through on a road trip or flying direct, we highly recommend spending some time in Queen City. Regina often gets overlooked on many traveller’s itineraries but is home to wonderful museums, historic districts, strong indigenous culture, a vibrant food scene, and of course, the Saskatchewan Roughriders. END_OF_DOCUMENT_TOKEN_TO_BE_REPLACED

Smack dab at the top of Newfoundland’s Northern Peninsula, St. Anthony’s is a great place to experience Newfoundland culture during the Iceberg Festival. Beginning around early to mid-June, the Iceberg Festival was built to celebrate the arrival of the icebergs and offers a unique chance to experience Newfoundland culture that few tourists would see otherwise. Since we had only four days to explore the festival, we reached out to the Viking Trail Tourism who agreed to help us out with an itinerary and to help sponsor our visit.

We began our drive up the coast on June 12th, as the rain poured down. Spring is an unpredictable season in Newfoundland, and the chances of getting rainy, cloudy, and foggy days are higher than in the summer. It’s all part of the experience though if you’re hoping to see icebergs. After all, these are gigantic ice cubes. END_OF_DOCUMENT_TOKEN_TO_BE_REPLACED