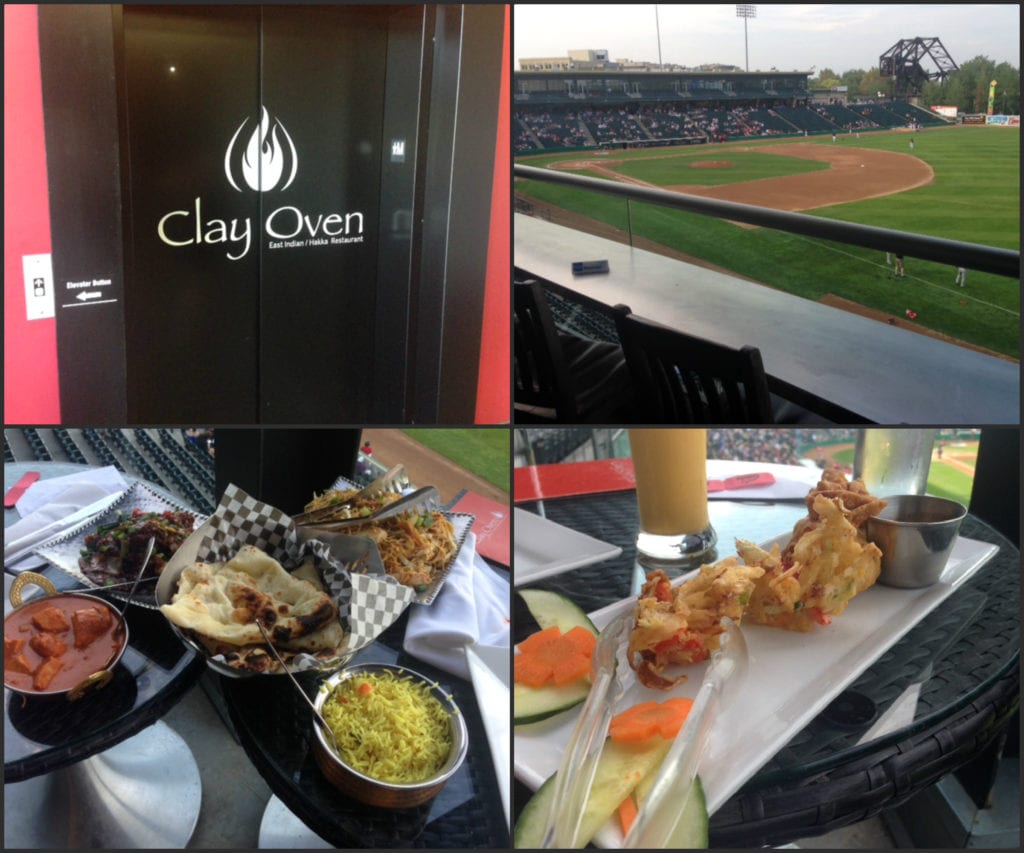 Words can hardly describe the pleasure of a mouth-watering Indian dish hitting the tastebuds and the Clay Oven is an Indian restaurant that doesn’t disappoint. Actually, it’s not just an Indian restaurant. It’s an East Indian / Hakka restaurant. Imagine the combination of Hakka-Asian food and Indian. Do I really need to say more?

As if the delicious food wasn’t reason enough to visit, Clay Oven has a speculator location (one of many) right in the Shaw Park stadium with views of the baseball game below. Why buy a ticket when you can combine watching the game with sitting on the Clay Oven patio drinking beer and eating samosas?

The view is actually what lead me to the restaurant. I’m a sucker for a cool view and both my wife and I love Indian food so why not put two and two together? When we arrived, we had the choice of sitting inside or out but considering the beautiful weather and the baseball game that was about to begin, we chose the latter. 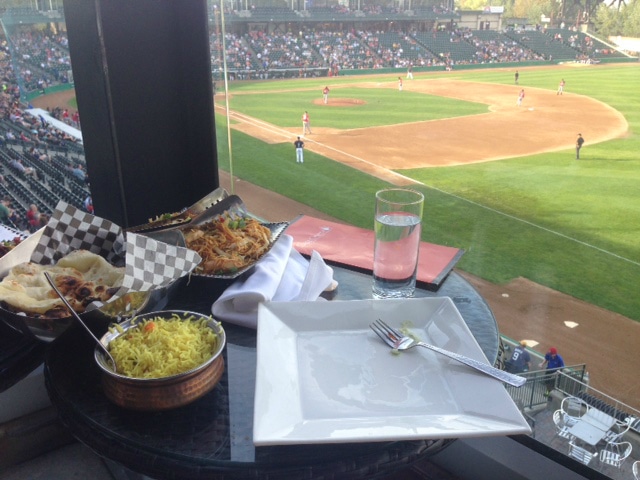 With seats looking out over the field, we began our feast by sampling some delicious appetizers such as tandoori chicken tikka and crispy papadams, which are absolutely perfect when combined with the flavourful sauces they come with. The meal was complimented with a delicious mango lassi, which was one of the best I’ve ever had. With the Baseball game underway, I also ordered a beer. We then tried their famous samosas, which did not disappoint.

We were already quite satisfied and then the entrees began to come out. Hakka dishes such as chicken manchurian noodles and chilli chicken as well as Indian dishes such as butter chicken (Winnipeg’s favourite) and garlic naan bread soon made their way into our bellies. Each dish was absolutely packed with flavour. We tried to eat as much as we can but ended up with plenty of leftovers to bring home. Plus, we had to save a tiny bit of space for mouth-watering Galub Jamuns; spongy milk balls soaked in a light syrup. It’s my favourite Indian dessert.

Claypot is a local Winnipeg franchise creating delicious Indian / Hakka food and is must-eat for anyone visiting the city. 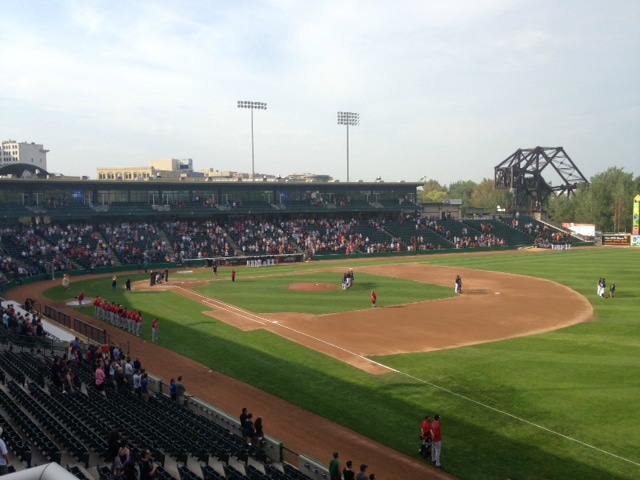 There are three locations in town but it’s hard to beat their Shaw Park location where you can watch a live baseball game and chow down on butter chicken at the same time. The other two locations are on Edmonton St. (Downtown) and Kenaston Common.

Check out the Clay Oven website (www.ClayOven.ca) for more details.

All pics taken by me. Say hi on Instagram at www.Instagram.com/MatthewGBailey